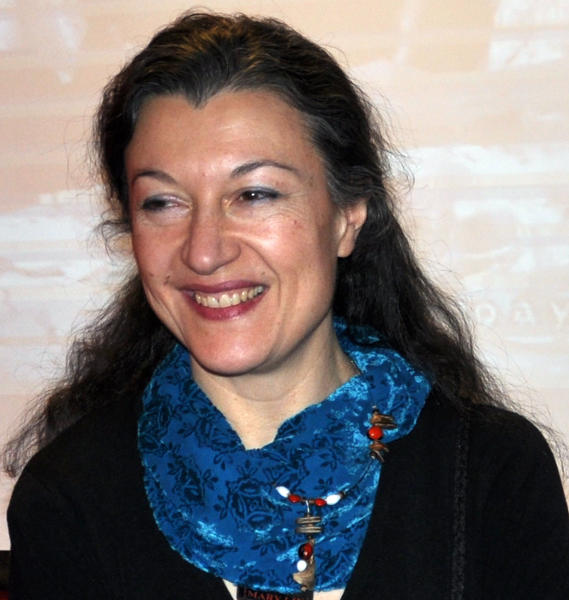 Sylvie Vàng Jacquemin grew up near the wild forests of the Ardennes, in northeast France, having close connection to nature and her European/Asian ancestry.
Her maternal grandfather, Henri Vo Van Thong, had left Vietnam to study in Paris, and his story of a stranger making his way in a foreign land was always a strong inspiration to her.
After studies in pharmacy leading to a doctoral thesis on Computer Graphics in Scientific Films, Jacquemin went to the Los Angeles Art Center College of Design, where she graduated in Computer Graphics and Film.
After nine years in America, directing and shooting commercials and music videos, she chose documentary  as a new career path. A docu-portrait of American trumpeter Wynton Marsalis (PLAYING THROUGH THE CHANGES – 32' for Sony Music) sparked this growing interest in documentary but also in the Native cultures, as Marsalis and her film crew were invited to the Gathering of Nations Powwow in Albuquerque, New Mexico.
Her first auto-produced documentary A RED APPLE INSIDE OUT follows a Paiute family on the powwow trail: Lavan Martineau, adopted as a child by a Paiute elder, travels with his daughters, teaching them to record petroglyphs and all the fast-disappearing remnants of their precious Native culture.
Jacquemin’s documentary work is strongly turned toward themes of cultural transmission, such as THE DANCE MASTERS OF THE OPERA, a look at the teachings of famous Classical dancers Yvette Chauviré and Serge Peretti.
She has also directed and shot over a hundred short portraits of European artists and craftsmen, for various clients and television stations, honing her craft in capturing the essence of people and situations.
Jacquemin’s family history (along with the knowledge of a great grandfather’s work in the French Resistance during World War One) gives her special insight to both personal identity issues and the problems of struggling against a dominant culture.
Today she lives in France, but continues to develop documentary projects in the US – many of which are on Native issues in collaboration with Native co-authors and film-makers – and more recently in Vietnam.