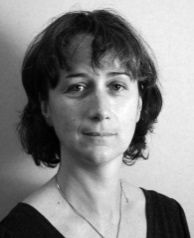 Sylvie Gautier, a career producer at Paris’ CAMERA LUCIDA PRODUCTIONS, comes from a literary educational background and has worked in TV and film since 1988.

She joined Camera Lucida Productions in 2002, after 15 years at Gédéon Productions in Paris, where she trained in various TV and film genres and produced general-interest documentaries.

Gautier has also designed and produced numerous series for the show Les Maternelles for French television in collaboration with Dorothée Poivre d'Arvor.

A graduate of the European Conservatory of Audiovisual Writing (CEEA) in Paris, Gautier also develops fiction for Camera Lucida.